MGP Mechanical prides itself on providing the best quality services in furnace repair Albuquerque has to offer. We offer a wide range of services providing exceptional solutions for your heating needs such as gas furnace service and furnaces repair.

Additionally, our clients can rely on our certified team of professionals to meet all of their plumbing and cooling needs promptly. Our adept team of licensed technicians is always here to heed to your calls whenever you need help. Get in touch with us today for the best service and most professional customer care in Albuquerque, NM to satisfy all of your air conditioning needs.

‍
We Offer the Following Current Specials
- Exclusive 10% Discount to ALL seniors and Military.
- $375 New Mexico Gas Rebate for Furnaces
- Significant discounts from $115 to $300 on all our Energy Star ® condensing storage tanks and tankless water heaters.

Our master HVAC furnace experts are here to serve New Mexico businesses. With a one-year labor warranty on all our work, you can rest assured that the job is done right the first time. We provide commercial furnace services, including maintenance, installation and repair. Give a call today for a FREE ESTIMATE.

Building a Relationship with our Community through Integrity and Quality service.

MGP Mechanical is a certified contractor with the industries leading manufacturers. We have licensed installers, service technicians and a friendly administrative team to provide you with the best comfort solution to fit your needs. 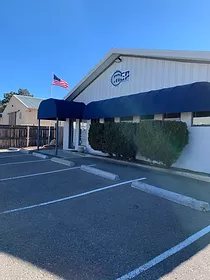 Furnace Maintenance That You Can Count On

Dirty filters are common causes of furnace problems as dirt and dust restrict airflow causing it to possibly stop working or shut off too quickly.

Need a 2nd Opinion?MGP is here to help 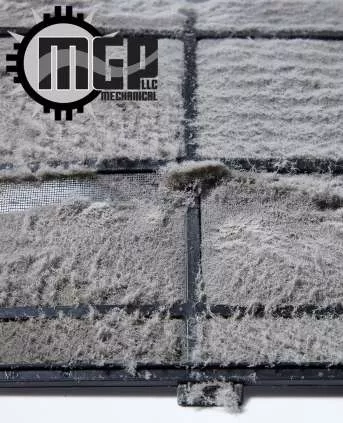 Have a large project coming up or an unexpected furnace issue?Not sure how you are going to pay for it? 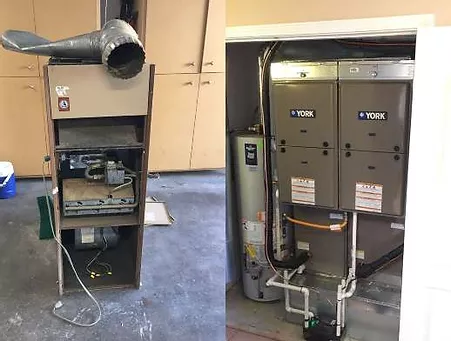 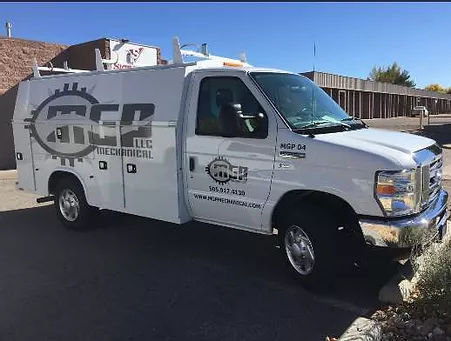 One of the most significant pieces of equipment in any home is a furnace. It is, therefore, crucial that you keep a clear record of its behavior over time. It should run efficiently and effectively. You should have an idea of when it will need a service or replacement to make the necessary arrangements on time.

Your heating system should run without consuming substantial amounts of energy without compromising the air quality in your home.
Here is how to know whether you should engage an Albuquerque furnace repair company to either replace a furnace or proceed with furnace repair services.

Repair Furnace if:
- Your system is 15 years old or less
- The cost of doing furnace repair in Albuquerque is significantly lower than the price of furnace replacement

Replace Furnace if:
- Your energy bills seem to go up suddenly
- Your system is more than fifteen years old
- Your furnace has more than two breakdowns within the last two years.
- Your thermostat doesn’t keep you comfortable
- The furnace on your natural gas burner runs yellow
- Your furnace starts producing carbon monoxide
- Strange noises are coming from your furnace
- The cost of repairing furnaces is more than half the cost of replacing the furnace

Can a Furnace Be Repaired?
If you’re having issues with your furnace, you should contact an HVAC professional as soon as possible to fix it. A certified technician should conduct services such as furnace repair Albuquerque. Furnace systems that are less than ten years old may only require repair services compared to older ones that may need replacement.

If the furnace can still provide your home with the necessary heat, it may make more financial sense to repair it. Your HVAC professional can help you to determine whether there’s sufficient heat throughout your home. As long as your energy bills aren’t off the charts and you’re using the heating consistently, your furnace is working as it should.

Professional technicians will advise you to apply the most common rule of thumb when it comes to furnace repairs. If the cost of doing furnace repairs is a third or less than purchasing a new system or if your furnace is still less than ten years old, you’re better off doing repairs than replacements.

What is the lifespan of a furnace?
Most furnaces will last from 15-20 years. How long it lasts will depend on the type of your system. For instance, furnaces that have cast iron as heat exchangers last longer than other furnaces. They can serve you for a period of thirty to forty years.

They are, however, less efficient than the newer systems we have presently. Electric furnaces or those with solar heating have an average lifespan of twenty or more years, while boilers and gas furnaces last between fifteen and thirty years. Heat pumps have the lowest lifespan, with an average of fifteen years only.

Is Replacing a Furnace Hard?
Replacing a furnace is a complicated and technical process that requires the services of a certified HVAC professional who has the required permits to work in your state. One needs extensive knowledge of how to work with electrical parts, sheet metal, and plumbing skills. It is dangerous to work with furnaces because of the fuels involved, such as oil or natural gas. If your furnace isn’t fine-tuned, it could produce disastrous results.

How Long Does it Take to Install a Replacement Furnace?
It will take your licensed HVAC professional about four to ten hours to complete the furnace’s installation. Your technician will advise you on the length of the process once they give you a price estimate.

‍
As a water heater installation Albuquerque company that abides by regulations, we guarantee a 10% military and senior discount to anyone eligible. Trying to upgrade without breaking the bank? We offer a PNM cooling rebate of up to $400 once you avail an upgrade for your water heater system. ENERGY STAR® certified water heaters are a bang for the buck! Get rebates between $225 to $300 each time you purchase one. 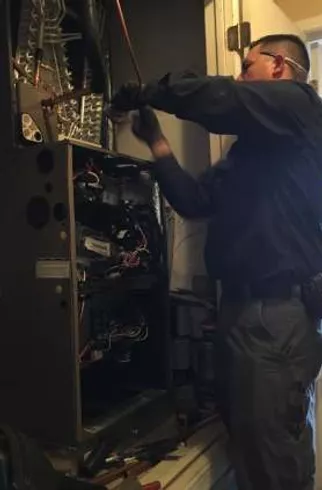 Here at MGP Mechanical, our customers are important to us, and we promote affirmative action in all that we do, so that customers see our service quality and customer care.
‍

Integrity
We aim to adhere to all ethical principles that govern the HVAC industry. All the people we work with, including technicians and customer care professionals, are driven by truthfulness, honesty, and strong moral values. We ensure that our technicians are fully certified and that they display uncompromising adherence to our employee code of conduct as concerns our clients.

Quality
We seek to develop positive relationships with our clients by providing high-quality services through accreditation and hiring passionate employees. We consistently ensure that our services and products exceed standards because we value customer satisfaction. Ensuring that our services are of the highest quality is our contribution to the growing the Albuquerque heating and cooling service industry.

Community
The culture we strive to create is just as much for our employees as it is for the extended community. We understand that our company is larger than us, and allowing the community to feel right at home in our business gives meaning to the work we do. You are going to love working with MGP Mechanical. 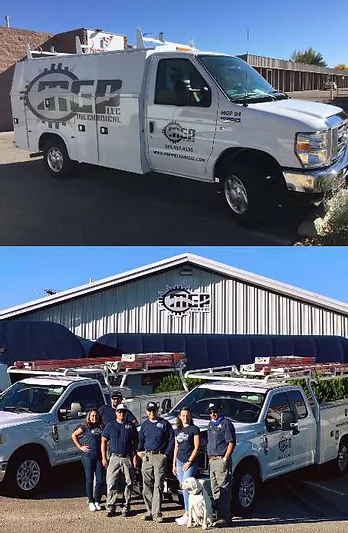 Albuquerque, which is technically desert land, is the largest city in New Mexico. It boasts of a beautiful climate with more than 300 days a year of sunshine.

The modern center of Downtown Albuquerque has contrasting differences from the Old Town, which dates back to 1706 when it was founded as a colony of Spain.

Historic buildings like the San Felipe de Neri sit pretty in Old Town as shops that sell handicrafts of Native American culture supplement five museums found in the town. Close by, you can discover Native American tribal history from the Indian Pueblo Cultural Center.
Besides Bueno Foods, the processor of Green Chile, Albuquerque is famous for the galleries, Gathering of Nations held in April of every year, and the annual State Fair known as Expo New Mexico. 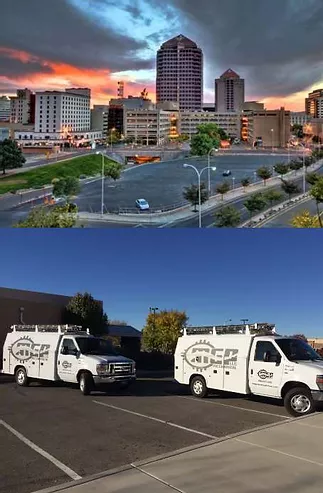 Get A FRee Quote